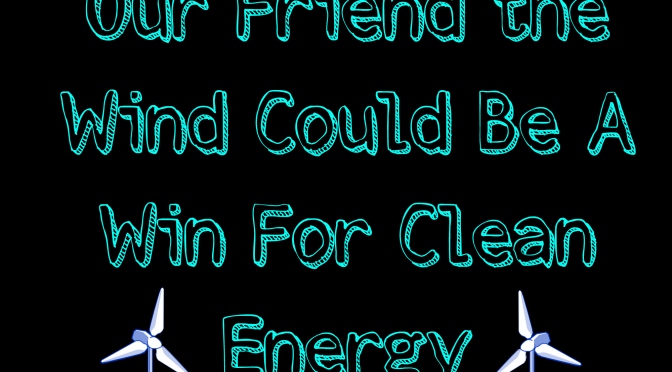 Wind power is a source of energy that has been used for thousands of years. In fact, one might even say the world was discovered using wind. Long ago brave explorers set out on wooden boats powered by sails. These sails used the strength of the wind to help them carry ships of explorers to new lands. Once these lands were found and eventually developed it seemed we had no more use for the wind.

With the invention of electricity, power plants begin to pop up everywhere. First coal-burning power plants then hydro-powered and even nuclear power plants can be found in abundance today. Making a comeback again is our friend is the wind. Some people view wind power to be an eyesore. Others, however, find windmills to possess a majestic beauty.

No matter how you feel about the way they look you can’t deny that the wind is our friend when it comes to producing energy from a clean source. Scotland is now home to the world’s first-ever floating wind farm. The North Sea has this floating farm and it’s already sending power to Scotland. The first floating wind farm has a total of 5 turbines.

While wind turbines in the water is not a new concept and has been a thing since the 1990s the depth of this project stretches further as the average depth windmills and water used to coexist at was 200 ft. The difference with the Scotland floating wind farm is that it can be rigged to work in depths ranging over 2,600 feet deep! These five floating turbines that create what is being called the “high wind project” are said to be able to provide power for 20,000 homes.

This doesn’t mean that suddenly our oceans are going to become wind farms. This does mean that you might start to see fewer turbines taking up real estate on land and more moving out to sea. The company responsible for this project has their eyes reportedly on California, Hawaii, and Japan as the next possible site for a wind farm. The world we’re living in is dependent upon humankind learning homeostasis. If we cannot learn to live in harmony with our planet then we are bound to vanquish.

Through projects such as the floating wind farm, the people and the planet are seeing the potentials of co-existing together with nature versus the dangers of mining non-renewable resources such as coal or tinkering with extremely dangerous processes such as nuclear power. We all know we don’t need another Fukushima Japan accident or another Chernobyl. If you’d like to learn more about the Scotland floating wind farm and how it came to be, be sure to check out a detailed article on the subject here by National Geographic.

These are text widgets. The Text Widget allows you to add text or HTML to your sidebar. You can use a text widget to display text, links, images, HTML, or a combination of these. Edit them in the Widget section of the Customizer.